It's all got a bit cat-flavoured here at The Hookery of late.  More so than usual, anyway. I sat down the other day to make a few bits of stock for the shop and rather than making more existing lines, I ended up with some new ones instead. 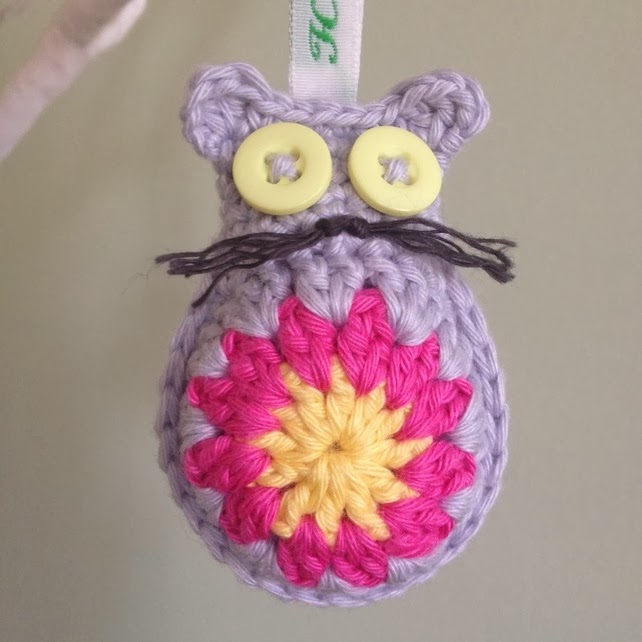 This little guy is one of many (a litter?) of cat keyrings that flew off my hook over the weekend. He and his buddies are sitting patiently in the shop, waiting for a new home.

In other cat/crochet news, the Skelly Fish were featured on coolforcatsuk, which has prompted a number of them to swim off to new homes too.  Hector has looked on with some disappointment as I parcel them up. I think he thought they were all for him. He's extra-protective of his own fish now!

Meanwhile, in a corner of the living room, Felix has been quietly napping, oblivious to Hector's worrying and my frantic parcelling... 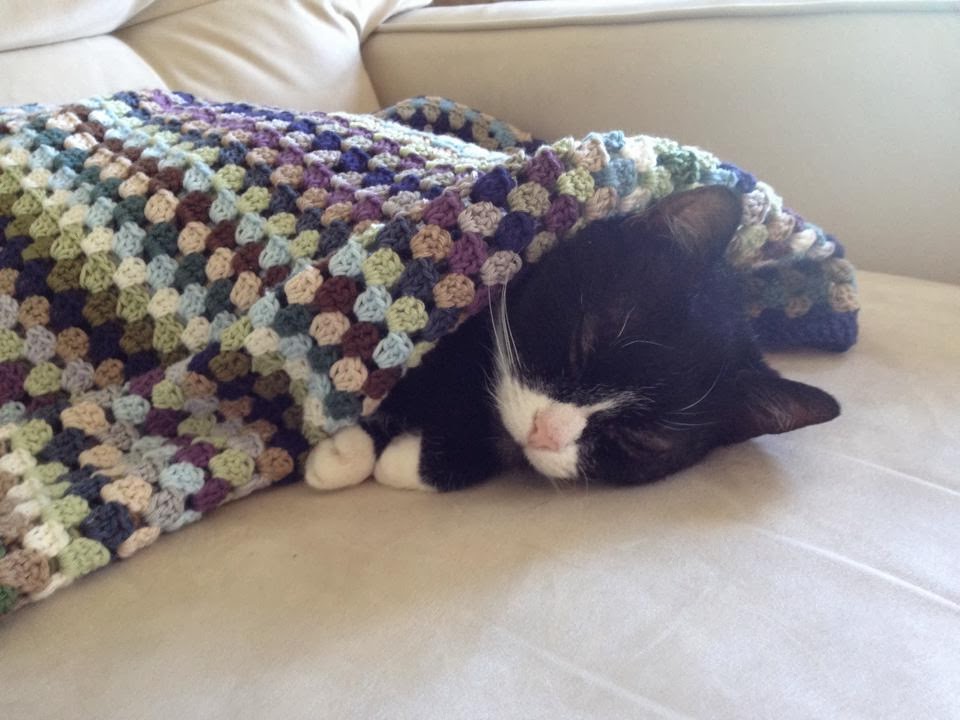 Ahhh... Everybody loves a granny blanket.

Hard to evict a sleeping cat though, isn't it?