I thought I'd share a project that I've had ticking along in the background since New Year. You've probably seen various sky blankets or scarves around the craftier corners of the t'interweb already. I was particularly taken by Lupin's sky blanket a couple of years ago and really, really wanted to make my own. There were just two problems - I'm a dreadful knitter and sewing up 365 squares would be enough to make me run screaming from the room.

So it was filed away in the back shelves of my mind along with a variety of other projects. All through the fabulous weather of 2013, I was wishing I had started this project. By 1 January 2014, I was about ready to burst.

So, Dear Reader, I present to you the weather for January and February 2014 as depicted through the medium of the granny blanket. 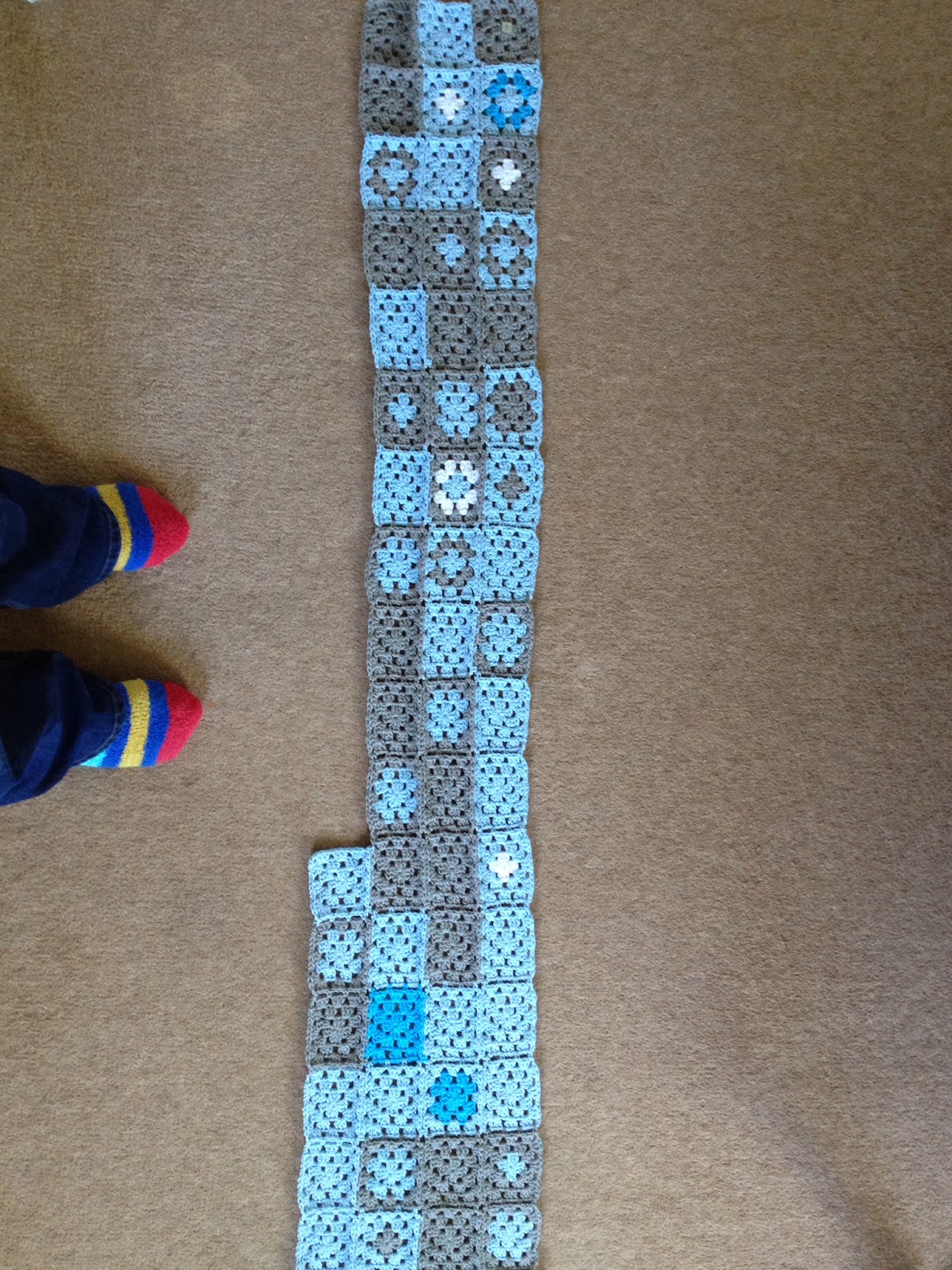 It looks a bit wonky because this was a hurried photo. As I was taking it, I could hear the familiar thun-ka-dun-ka-dun of Cat #1 ambling down the stairs to see what I was doing. Seconds later... 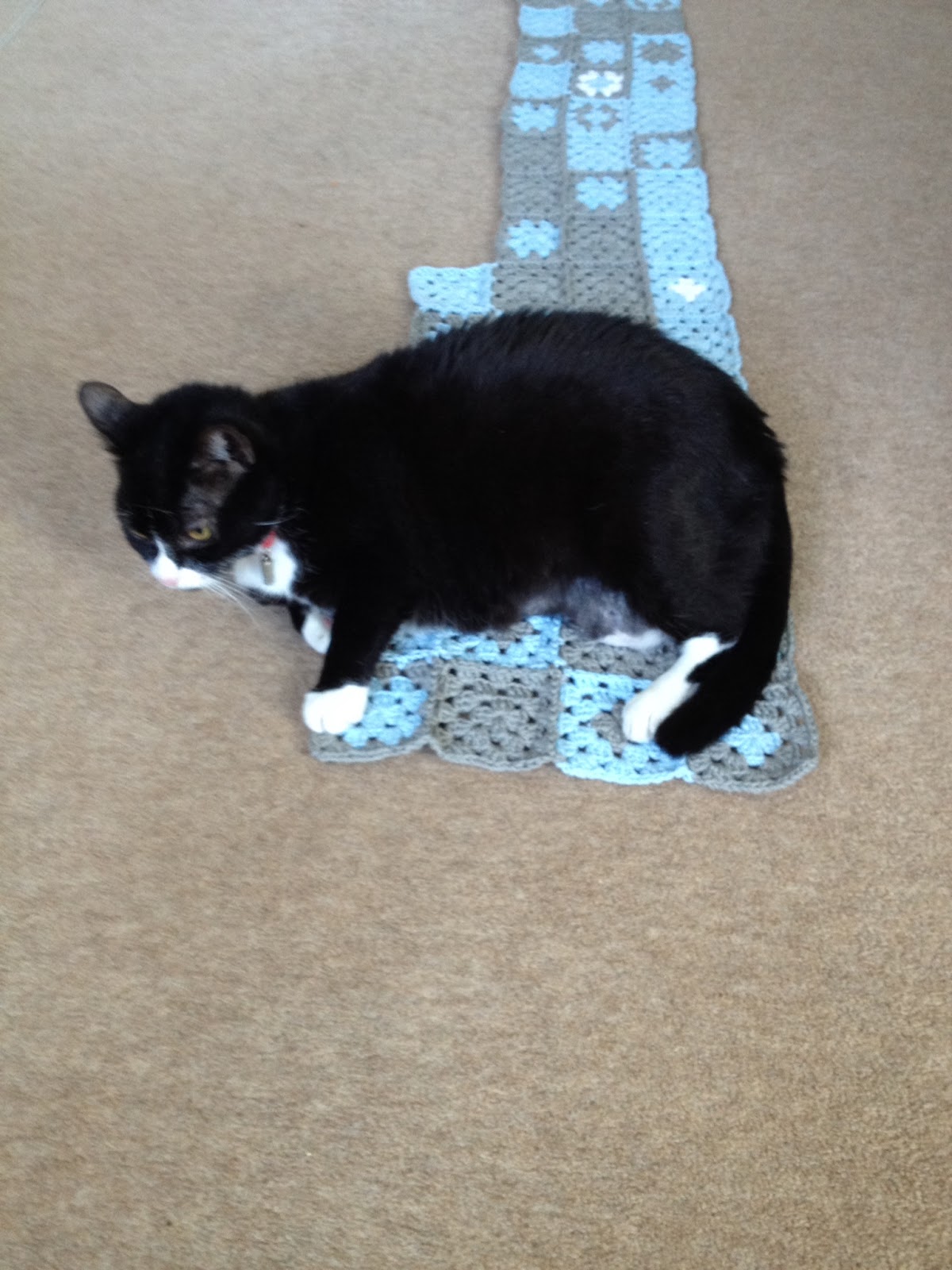 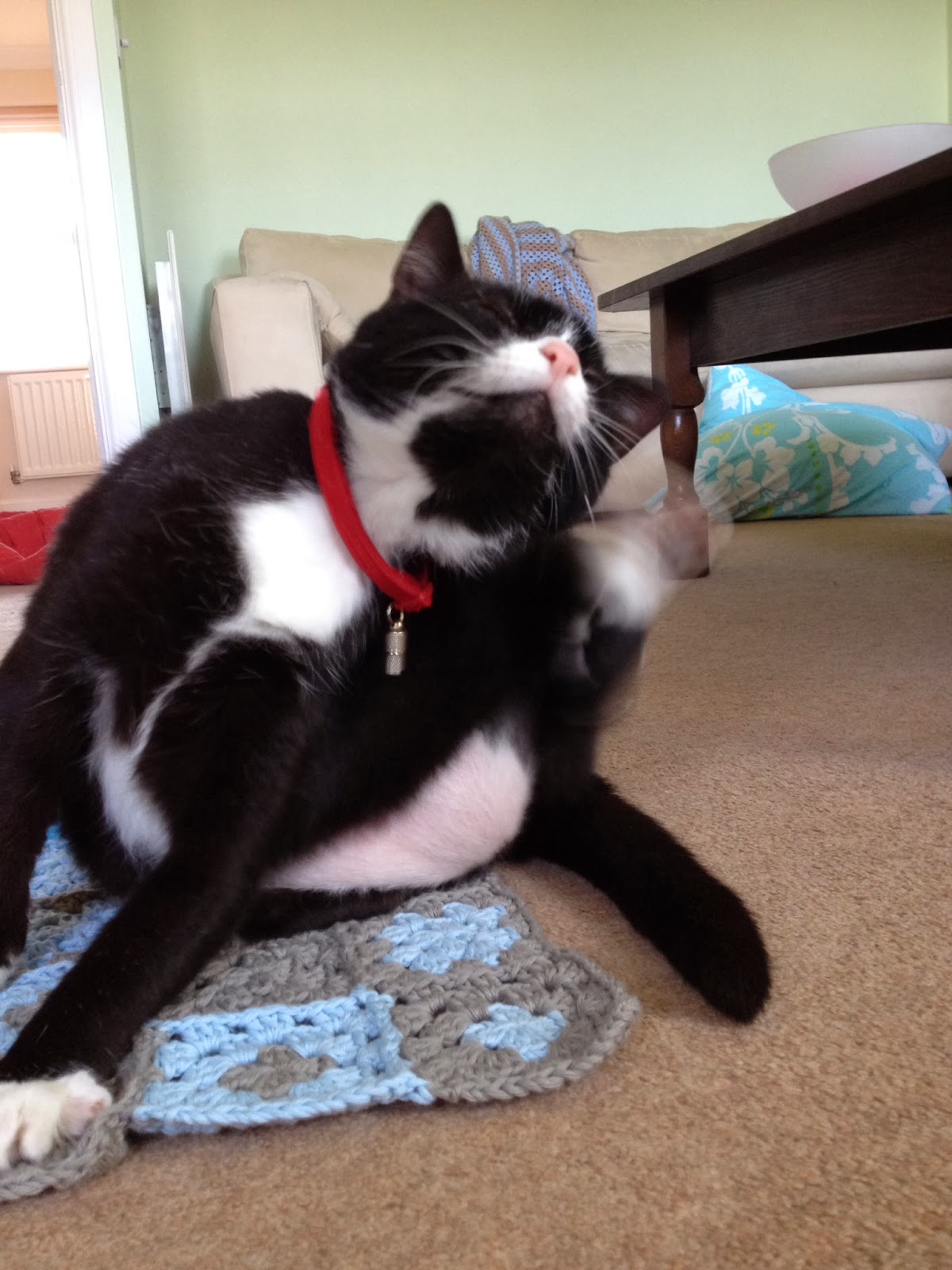 So I had to relocate. At the grand old age of 16, bannister-walking is no longer a sport of choice for Felix, so come with me into the hallway where I shall show you more... 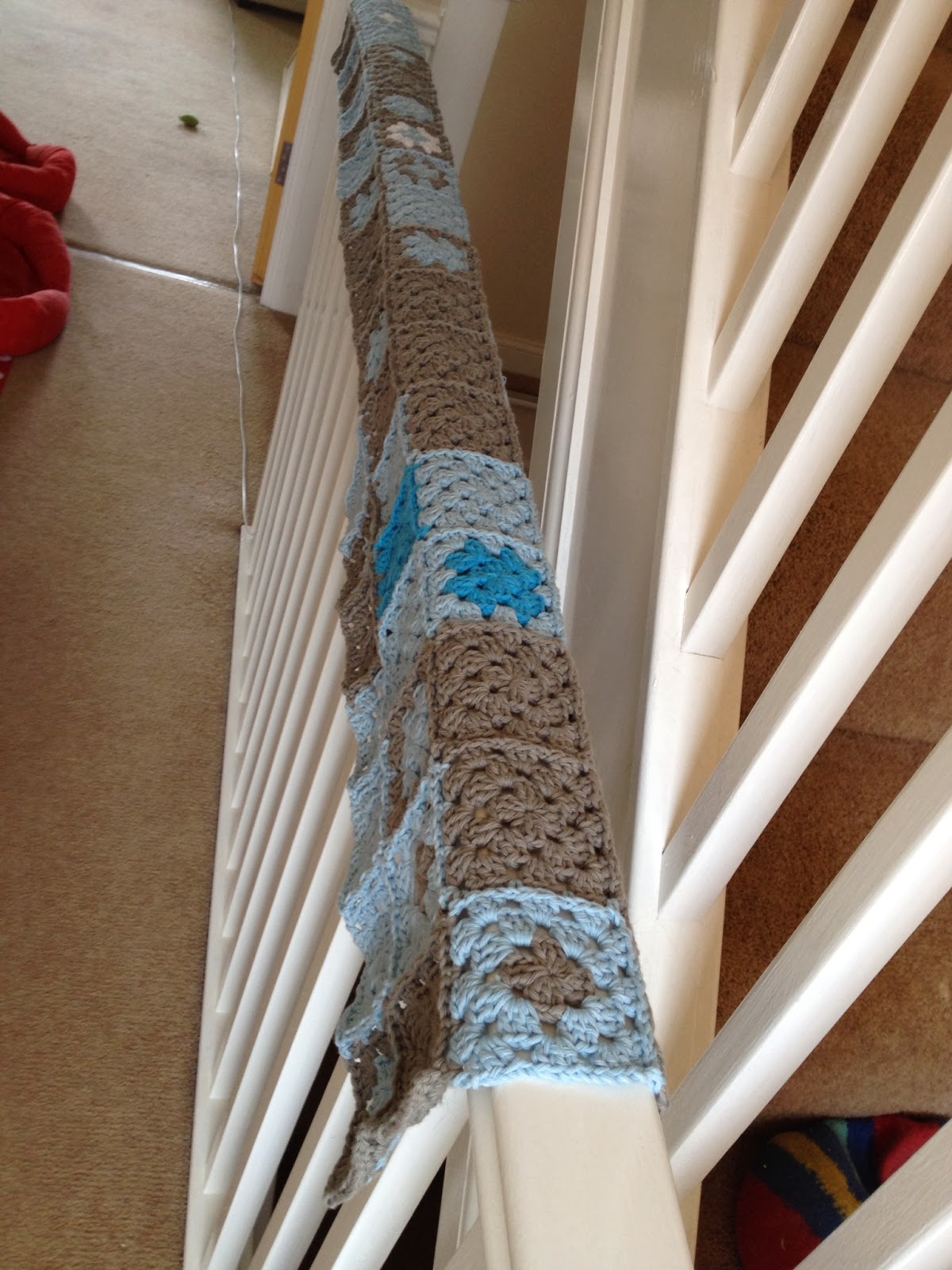 It's made up of three-round granny squares and joined on the go to keep sewing in to a minimum. Hurrah! It will be 18 squares wide, by 20 squares long, which will give me 360 squares. The remaining 5 days will give me the colours for the border. 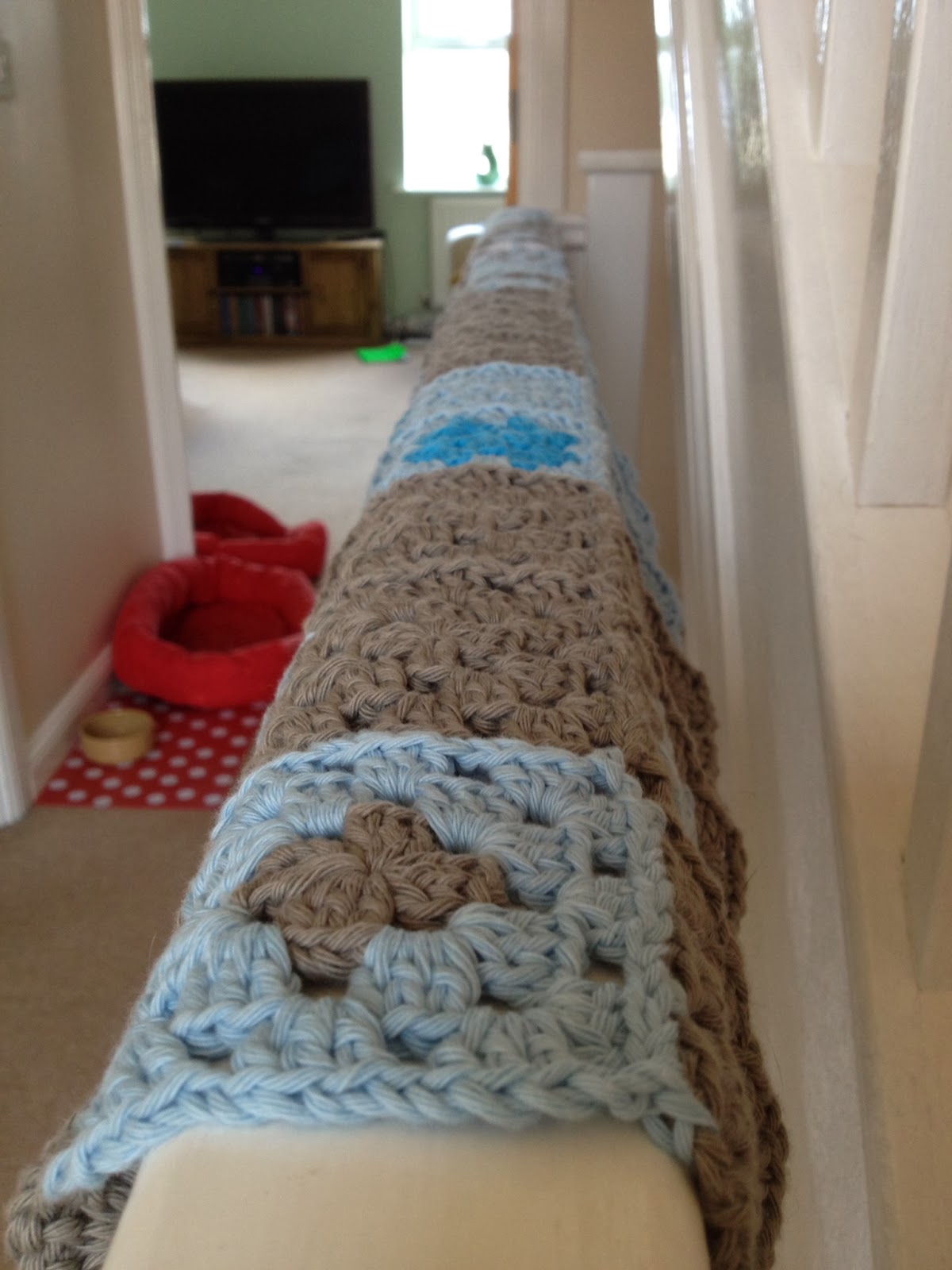 I'm just not organised enough to check the sky a the same time each day, so I'm going with my general impression of the weather each day. That way, if I miss a day, I can usually remember that say, on Tuesday I had to defrost the car and on Thursday, I got soaked going to the Post Office. 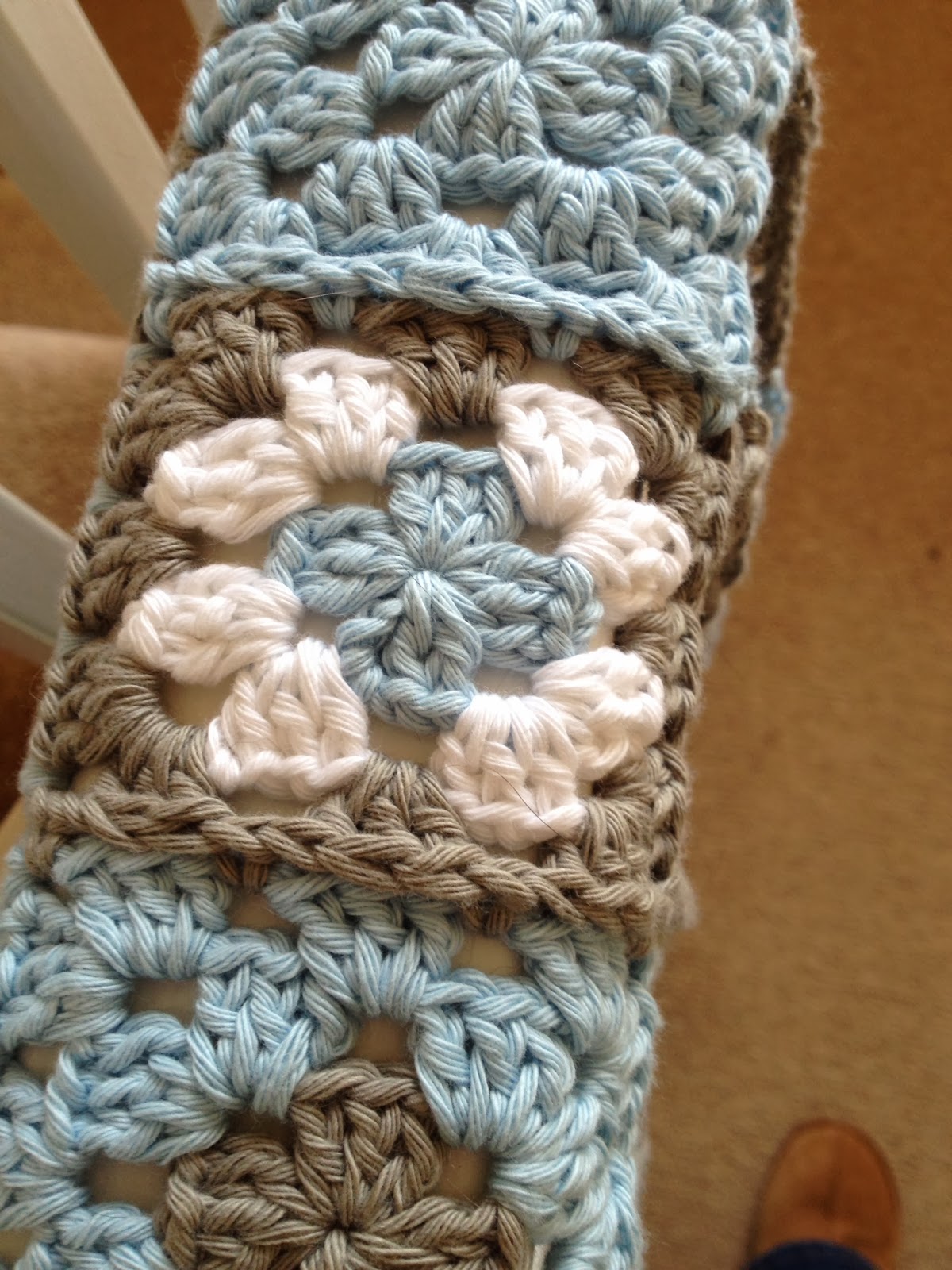 I'm using Rico Creative Cotton Aran in shades of blue, grey and white. It works up fantastically quickly with a 5mm hook and has a pleasantly blanketty drape to it. Excuse my foot in these pics. Toe-chewing is still a valid sport for a 16 yr old cat. Slippers were hastily donned... 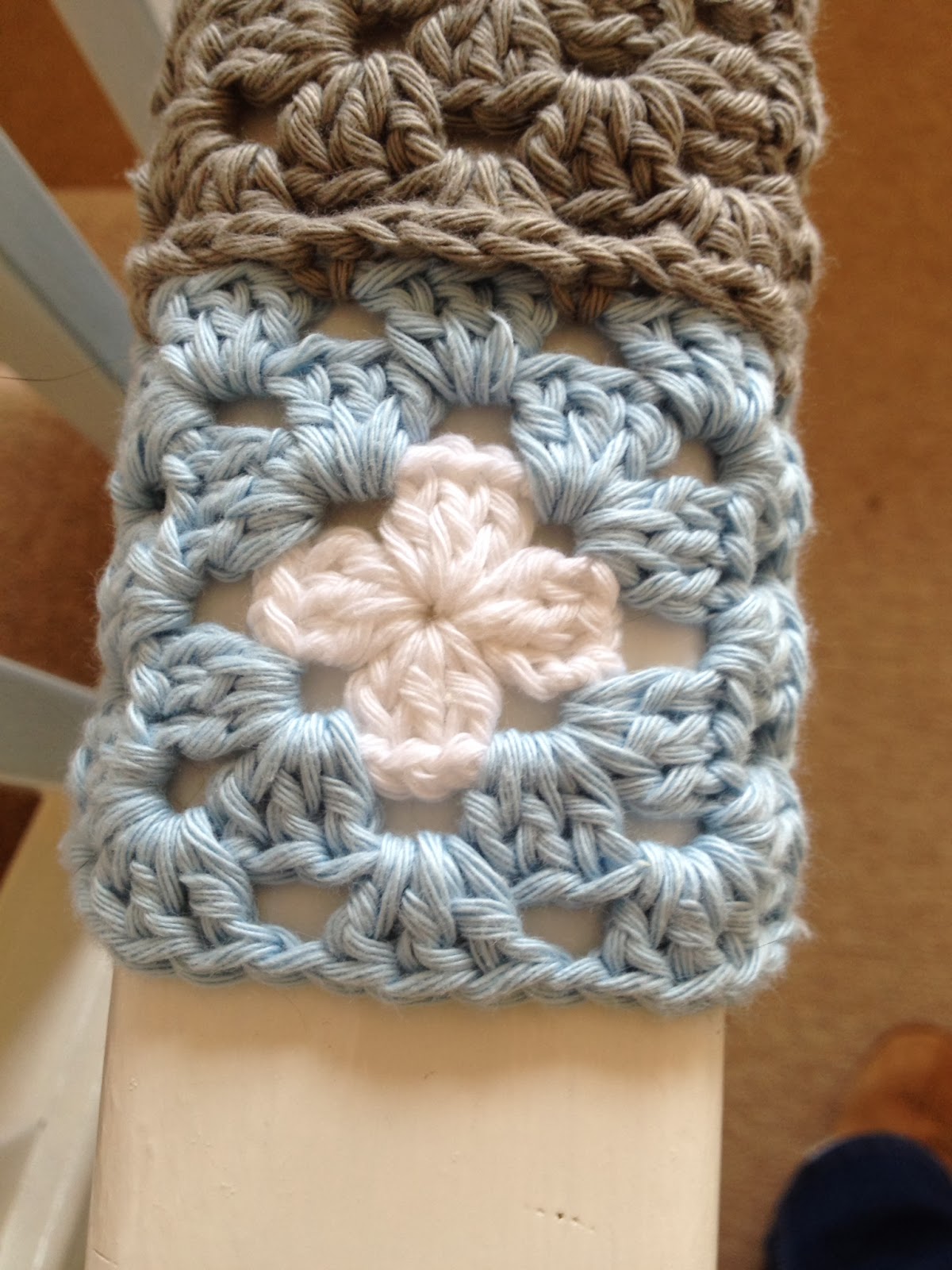 As we all know, the weather's been pretty a-typical for the time of year. Looking back at the blanket, there have only been about three hoar frosts and a day when it sleeted. This time last year we were knee-high in snow. 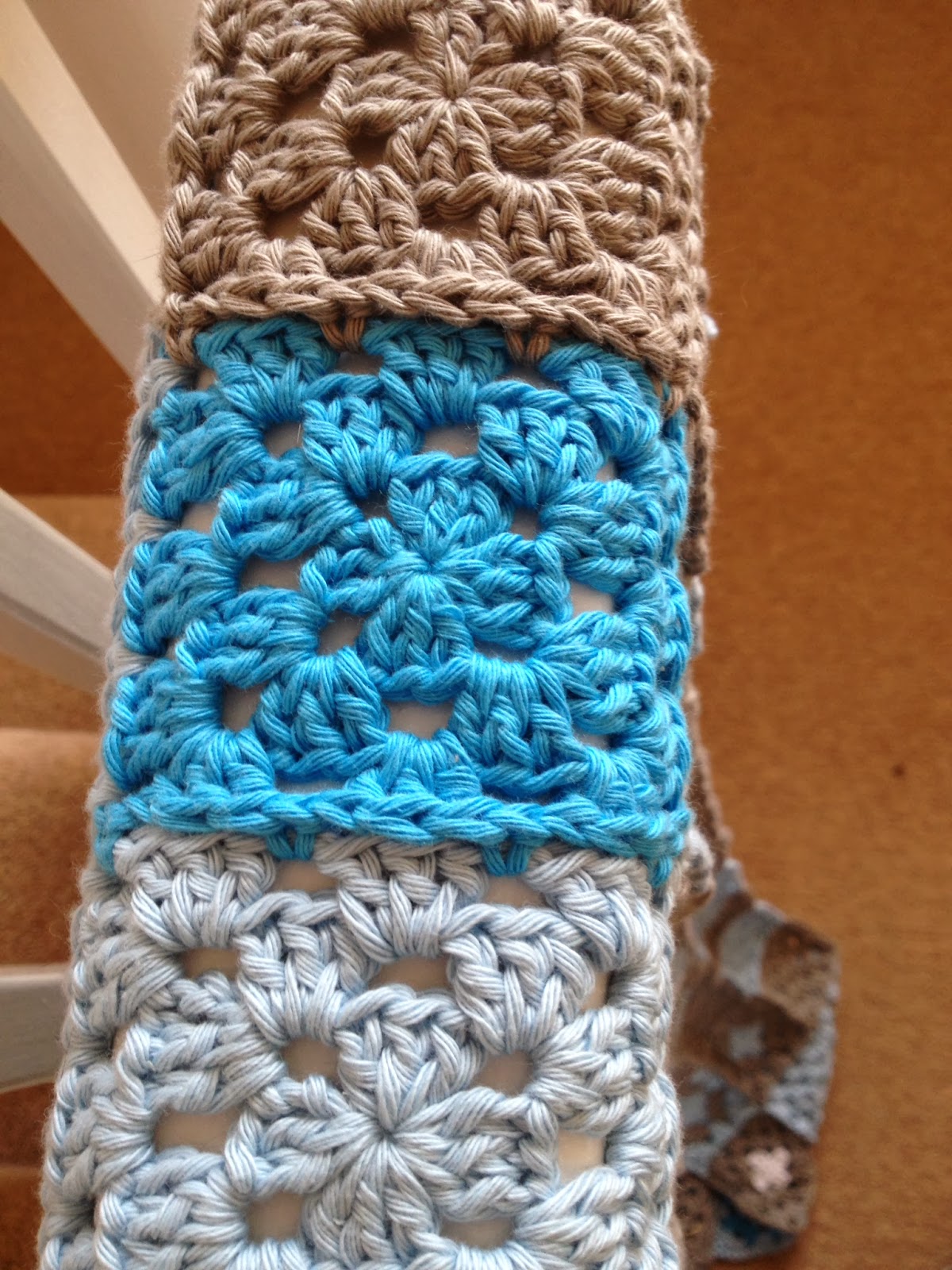 We have had one spectacularly bright, crisp, perfect Spring day though.  The type of day when the sky is a proper knock-your-socks-off blue. The type of day that comes along to remind you of summer, just when you think you might as well get your wellies surgically attached, you seem to be wearing them so often.

So there it is, my weather blanket. It's nice having a big project on the go which sort of paces itself. I like making blankets and I usually go all out at them, so other projects get cast to one side. I can only do a square a day on this though, so I usually save them up and do them at the weekend. 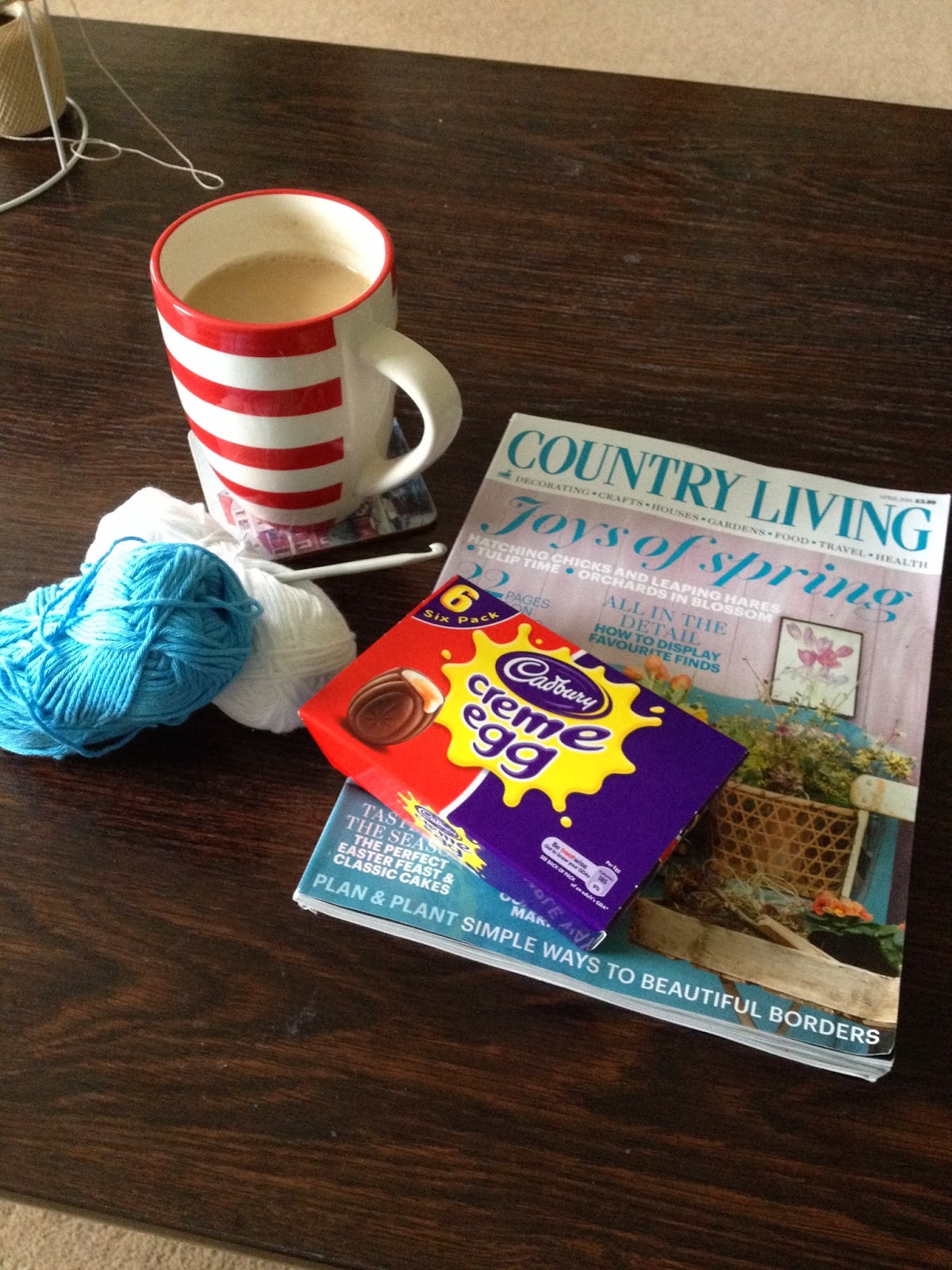 If only Creme Eggs were self-rationing...
Posted by Claire Davenport at 12:00