September at The Hookery has kicked off with a DIY bonanza.  Storage is a bit of a problem here in the cottage, mainly because the ceiling is so low downstairs that none of my bookcases fit in the living room.  The only tall shelves that did fit were a cheap set from Ikea which were too narrow to be of much use and pretty wobbly.  These shelves, in fact... 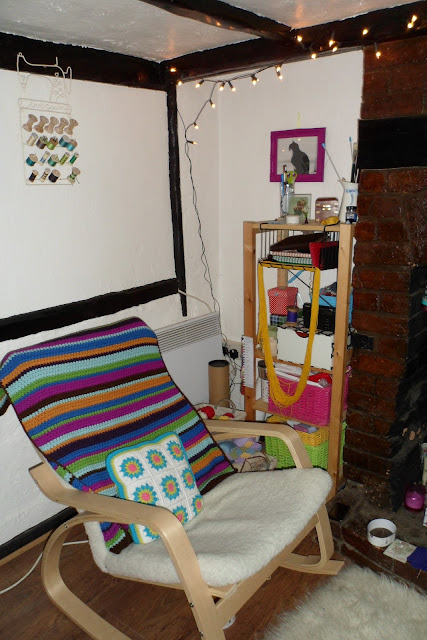 Can you see them tucked away in the corner?  They were a nightmare to try find anything on, but this was really the only place they could be conveniently put.  Anyway on Friday evening, I had a brainwave.  What if I chopped the tops off the uprights and used some leftover planking to make some shelves (because, you know, when you live in a tiny house with low ceilings, a 2m plank of wood is what you expect to find tucked down the side of the oven...)?  A shorter, broader set was just what I needed.  So at 9pm (sorry, neighbours...) I pulled everything off the shelves and got busy with the saw. 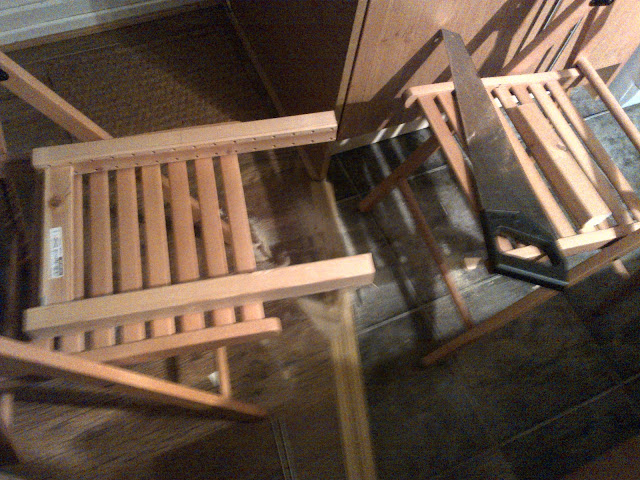 Apologies for the naff photos.  By this point, my camera was somewhere beneath all the stuff I'd pulled off the shelves and I had to use my phone.  Just as with the curtains, I shunned the use of proper tools like an appropriate tape measure (my old, fraying, slightly stretchy, dressmaking tape measure was fine, really...) and a spirit level.  Instead, it was all kind of botched together by eye. 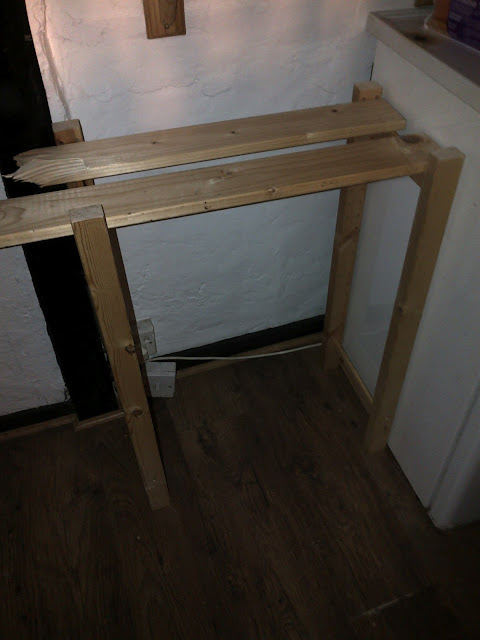 Having satisfied myself that there was enough planking (I also recycled an old snapped plank), I went to bed.  I was up bright and early the next morning and busy with the saw again (sorry again, neighbours!) and soon amassed a neat little pile of bits to attach to the uprights, cannibalised from the bits I'd chopped off the uprights.  I was originally aiming for three shelves, but didn't actually have enough plank in the end.  Ah well. 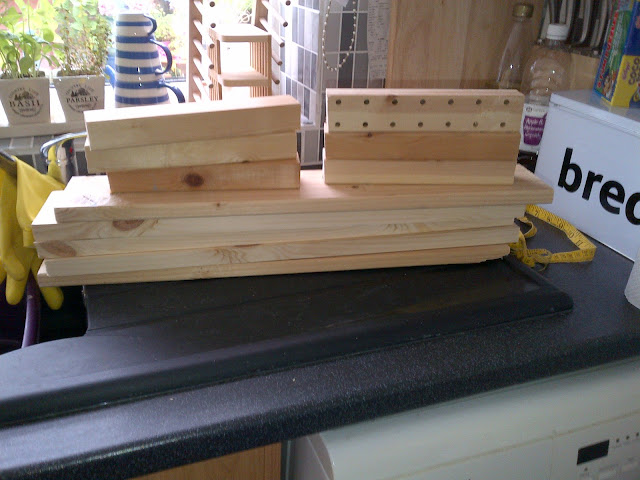 A few screws, some attention from the drill and what was left in a can of lilac spray paint and ta-daaah! 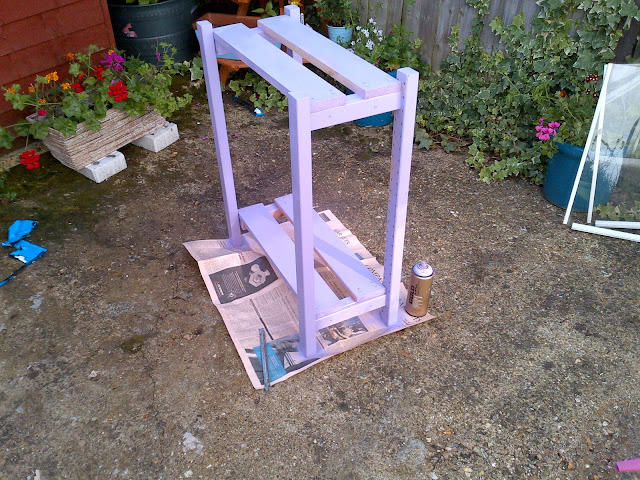 A great improvement on what they were, but by no means perfect.  One plank is missing a screw at one end because it would have meant putting it through a knot in the wood and the drill was having none of it.  And I was getting tired.  Also, most of the planks have a pair of holes at the end just in front of the screws because I attached the planks, then realised I'd put the uprights too close together, so I redid them.  A conscientious shelf-maker would probably have either bought some wood filler, or done something clever with some glue and all the sawdust which was by then spread liberally all over the cottage.  I am not a conscientious shelf-maker.  I can cope with the holes.

As you can see, one sheet of the FT is really not enough to contain the spray paint excess.  What was I thinking? 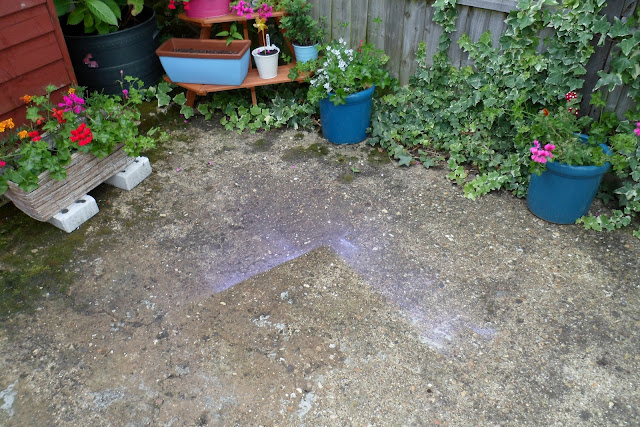 To my great amusement, they are actually quite sturdy little shelves.  Definitely more so post-butchering than they were before.  Claire 1 - 0 Ikea.
Posted by Claire Davenport at 09:56