Having remodelled my annoying shelves into something more practical, all I had leftover were the top of one of the original uprights, a couple of bits of plank cut-off and some square bits of wood which used to be the shelves. Four bits of 'shelf', as it happens. All the same size. 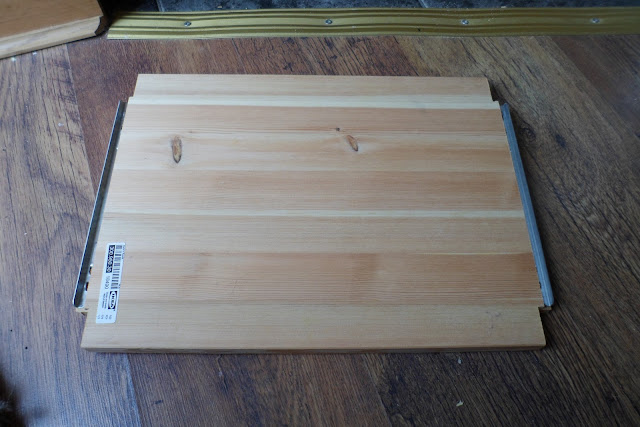 What to do with them? Well, first I removed the metal bits which were attached to them. They were no use to the planter, but they were quite good for prising the lid off the paint tin and then stirring it. 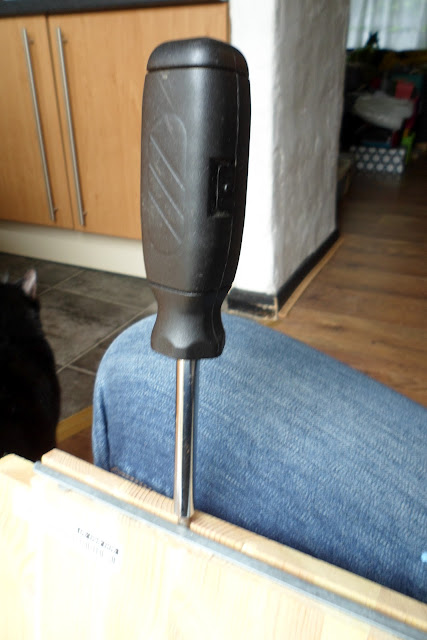 It looks more dangerous than it was, honest. They were only glued in place. Then I calmly walked away from the DIY armageddon that was my kitchen and went to peruse brackets, braces, flanges and the like at the local hardware store. I came back with (I think) a set of corner flange plates and corner braces. Then it was just a case of screwing everything together. Although the screwdriver is in the picture, I actually used the drill for this bit - much faster! 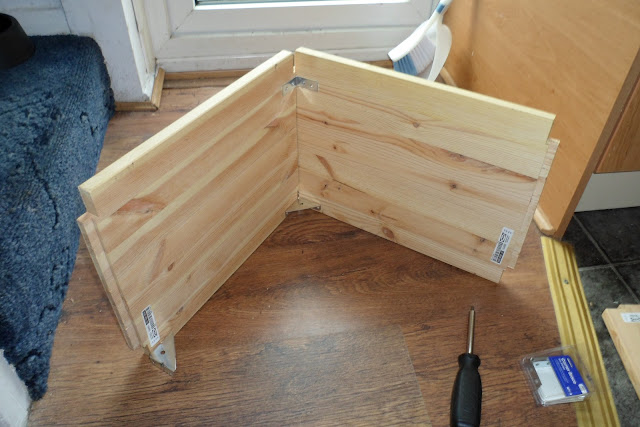 Having gotten it all assembled, I then slapped on the paint. Whilst at the hardware store, I'd picked up some sort of Ronseal product in a shade called 'elderflower'. It's cream. 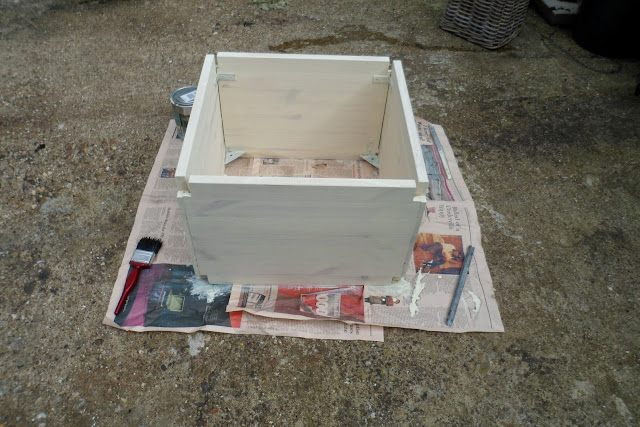 After coat number one, I had a Great Idea. I grabbed the staple gun and some old compost bags and lined the planter with those. I was originally going to look for a big square pot to stick in it. Shortly after firing in the last staple, I realised that staples and black plastic weren't going to have quite the required structural integrity to hold what would probably be about 40 litres of compost plus water and plants.

No matter. A couple of the bits of leftover planking were just the right size, so I screwed these to the bottom (those corner plate thingies had a convenient hole for just such a purpose). Hurrah! 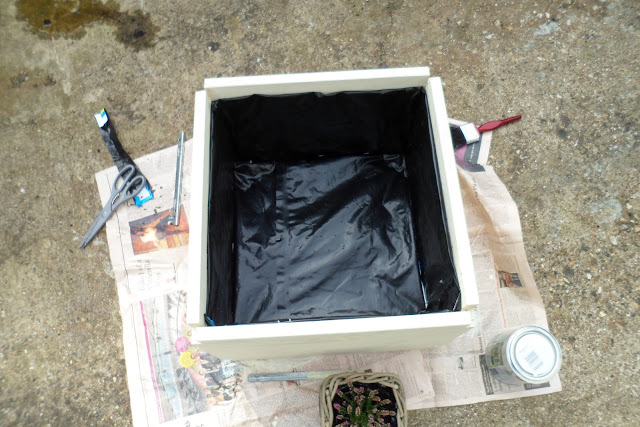 Only after coat number two was applied did I realise that it was quite a sturdy planter. It doesn't wobble and it has no discernible 'wonk'. All its angles are as they should be and its straight bits are straight.

I think I might have managed some un-slapdash DIY.
Posted by Claire Davenport at 10:00