It's been a long time since I did one of these posts and a lot has happened since March (my last slow living update - eek!). Things are gradually getting back into their usual swing post-move, so I think it's about time I restarted the slow living posting as a way of keeping track and preserving a little sanity - it's always helpful to reflect on what's been done, especially when all you can see ahead is a mountain of stuff that needs doing!

When we moved into the house, we had no cooker.  For the two weeks prior to this, we'd been in The Beloved's flat and although it had a cooker, the fridge was in storage by then. All in all, a frustrating kitchen situation. Thankfully we have a barbeque.  And we moved in summer.  I don't know what we would have done if we'd moved in the Winter!  Anyway, it was a joyful day when the cooker finally arrived and as the novelty has most definitely not worn off, all meals are cooked from scratch. 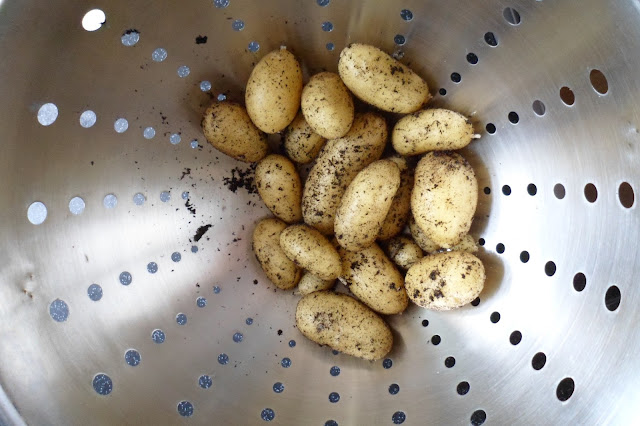 One of the first meals on the cooker included the new potatoes I had planted in pots while I was still living in the cottage, which was distinctly satisfying.  And tasty.

I remain generally unprepared.  I did however manage to make some chicken stock from a chuck I cooked in the slow cooker during the cooker-less weeks.  We recently used some of it in a risotto. Again, satisfying.  I also have a box of veg peelings in the freezer ready for a batch of veg stock. For someone who is generally unprepared, stocks of stock are looking pretty good.

Over the last year, I'd been trying not to buy things that The Beloved already had as we didn't want two of everything when we finally moved in together.  On the whole, we've done pretty well. The inevitable house-moving clearout really only produced bags of clothes for the charity shop, which is great!  In fact, the only duplication I can think of is that we now have two dustpan and brush sets and three (!) slow cookers. One SC has already got a home lined up though, and the remaining two are different sizes, which is quite handy.

My good intentions when it comes to making cleaning products have once again been thwarted. This time by The Beloved's cleaning cupboard. I certainly can't justify binning it all, so having gotten down the last drops of all my old cleaning products, I'm now working through a variety of half-bottles of his. I have converted The Beloved to using vinegar as a fabric softener though. As we live in a hard water area, it should also help keep the limescale down in the machine without using Calgon tablets in each wash (which make me itch- ugh!).

Not much to report here.  I have been planting, but the garden isn't huge and there are a couple of whopping great trees in it. A small area has been cleared and planted with cyclamen and shade-loving plants (brunnera, heuchera, coleus), but flowers are mainly in pots. 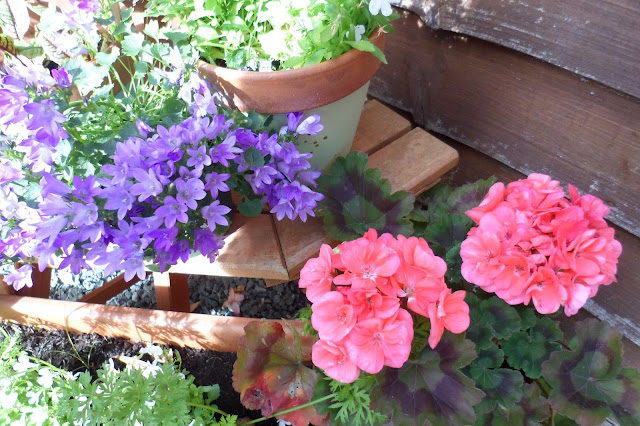 We have inherited a monstrous lavender too.  I harvested all the tall straight stems earlier and dried them.  The curlier stems have been left for the bees and butterflies and when they disappear for the winter, I need to Google the best way to prune lavender.  There's quite a bit of old, woody growth on it. 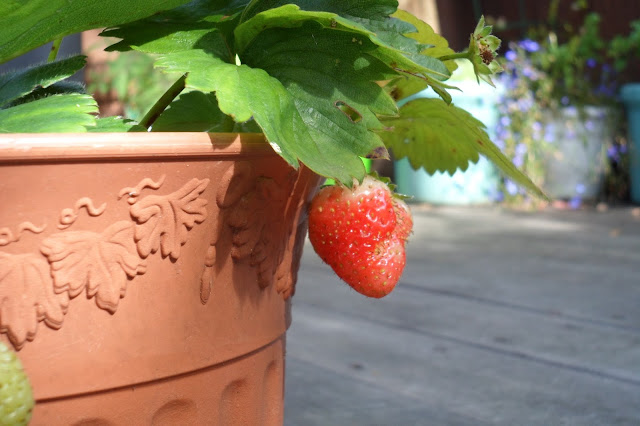 Oh, and I have one strawberry plant which just keeps on cropping.  Even now.

I finally swapped my Blackberry for an iPhone.  It's been a long time coming and I have kind of resisted the tide because I initially felt like once you had an i-something, you'd end up with an i-everything in order that everything was compatible with everything else.  All that actually happened was I ended up with nothing.  It came to a head when I was looking for a card payment solution to take to Yarndale with me.  There's some really great technology now for small businesses to be able to take card payments on the move without signing up to expensive contracts but they're powered by smartphone apps, none of which are written for Blackberry.

I've also added a Pinterest app (I'd kind of lost interest in Pinterest, but I'm back now!), a Blogger app, Feedly, an app for the shopping cart on my website (very useful) and joined Instagram.  It's been a voyage of discovery.  I know I'm coming late to the party, but at least I'm here now.

There's been much to enjoy in the last few months, most of which I suspect I've blogged.  This month, we had a joint housewarming with some friends who've also moved, and made a weekend of it. They hosted a barbeque and we did a roast dinner the following day. Beef wellington for 11 + a slow roast joint for one who's gluten free.  And a cheesecake to follow.  Did I mention we have a fabby new cooker? 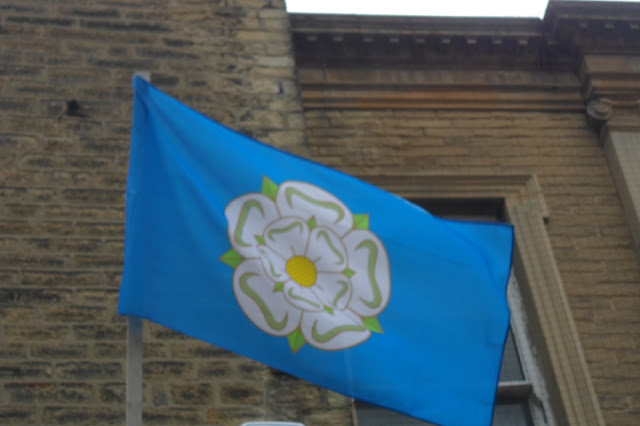 I also took a trip home for my mother's birthday. My brother joined us for dinner and it was good to be all together round a table for an evening. It seems to happen all too rarely these days.
Posted by Claire Davenport at 12:22