The Mutant blanket is marching on, but it has hit *that* point : it doesn't matter how much I crochet, it doesn't seem to grow. 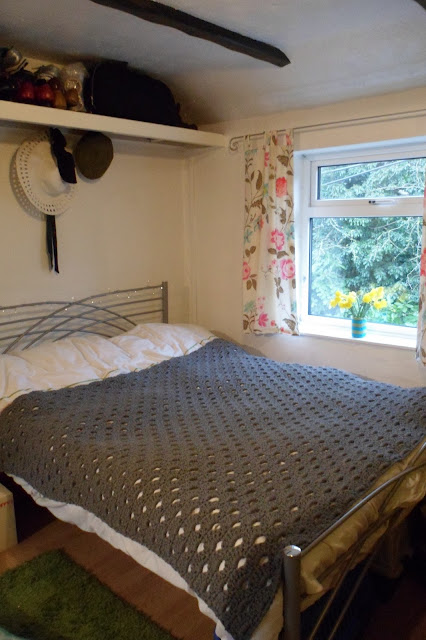 It's become a bit of a delight to work on, especially in this cold weather. It's the warmest, snuggly-est project you can imagine. It's also a bit of a workout. It's certainly not as portable as crochet projects usually are - it weighs a TON! 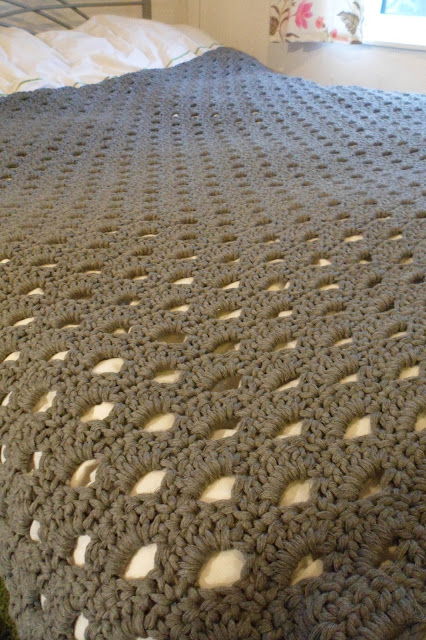 I only have nine balls of cotton left. I don't think I want to buy any more, so I may be left with a slightly shorter-than-usual blanket. However, that nice holey pattern actually makes it quite stretchy, so it might not be too bad. 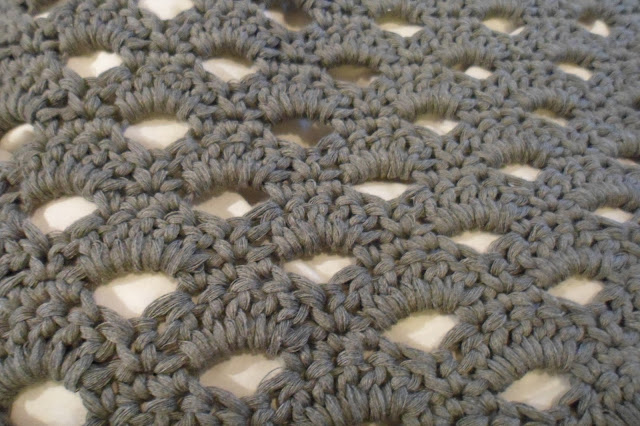 I was going to put an edge of DC all around it, but I think I might not. It might lose some of that stretch (and I don't have the yarn).

It's a challenge to photograph a big grey thing in February. Apologies for the odd light in the pics, but I had to point four different lights at it, as well as the light from two windows and some fairy lights just to get these!
Posted by Claire Davenport at 12:36

Email ThisBlogThis!Share to TwitterShare to FacebookShare to Pinterest
Labels: Crochet, The Mutant, WIP