I should start by saying that I'm one of those weirdos who actually quite likes the rain.  I think it comes from growing up in the North.  Most people's childhood memories include endless summers of blue skies and sunshine.  Mine tend to be more along the lines of sitting in the lee of a dry stone wall on a moor somewhere, eating Marmite sandwiches and waiting for the worst of the rain to pass.  Not all of the rain mind, just 'the worst of it'.  At some point (usually when the thermos and tupperware had been emptied), my mother would declare that the rain was falling at a suitable pace for children to play in and we would bound after a football or a frisby which had been snatched from our grip by the howling wind.  I was no less happier than any other child for spending so much time in wellies and a cagoule.  Who cares about the driving rain when you have an entire moorland to yourself?  Plus, I'm ginger.  This complexion wasn't made for the blazing sun.

I've been thinking a lot of those days out on the moors in the drizzle lately.  Sitting on my steps with a cup of tea, watching the rain, wishing I could convince someone to play frisby in the wet...  It has been a bit damp here at The Hookery this week. 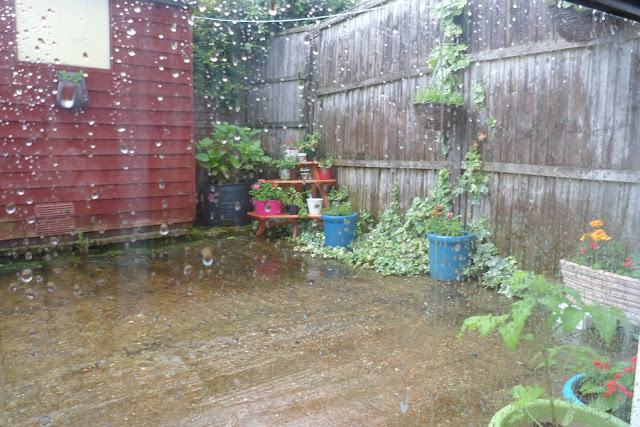 But there's someting quite cosy about being holed-up with a fresh mug of hot tea while the rain hammers down outside. 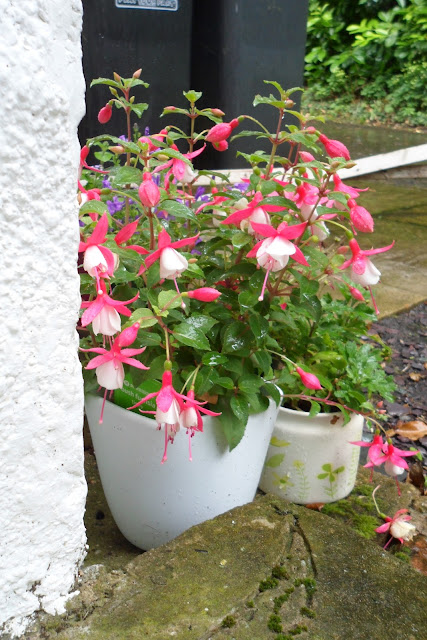 And despite the leaden skies and puddled landscape, the fuschia by the front door has done a sterling job of remaining cheery and bright.  It's friend the clematis (who seems to like having cold damp feet) has also put on an impressive growth spurt.  The seedlings however were just looking a bit too wet.  In the end, I had to bring them in for a day or two to give them a break. 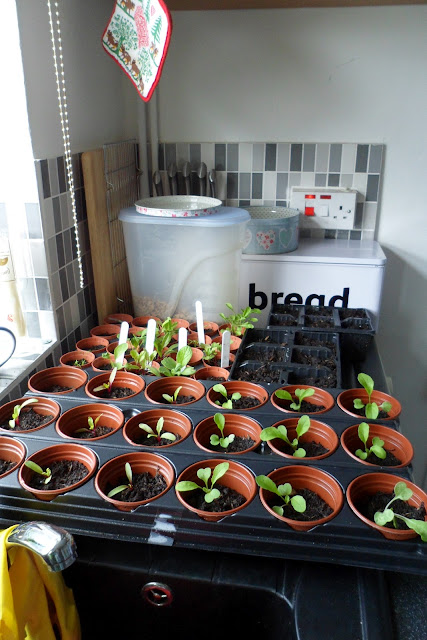 And to amuse myself, I did a spot of yarn-sorting. 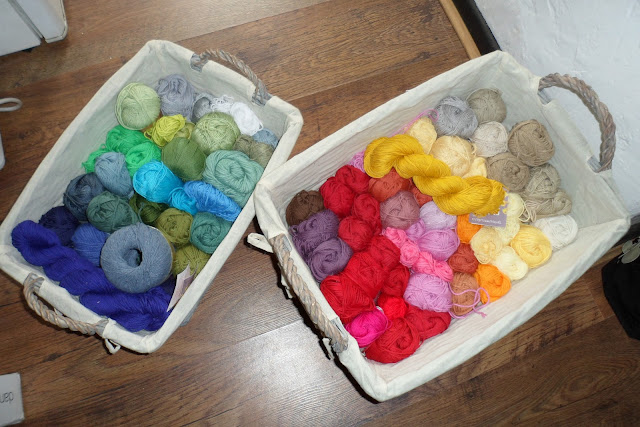 Just the cottons.  I can't quite face the wools yet! 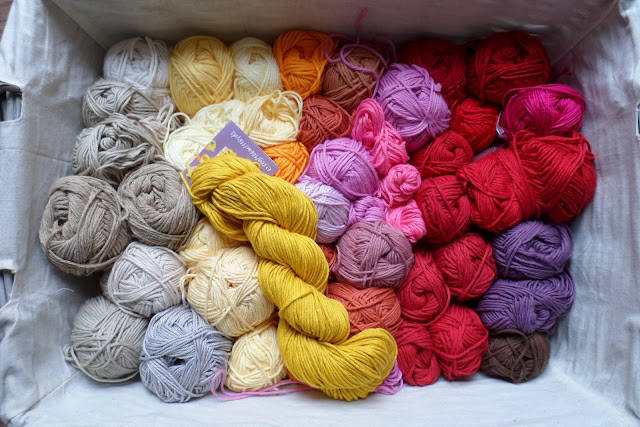 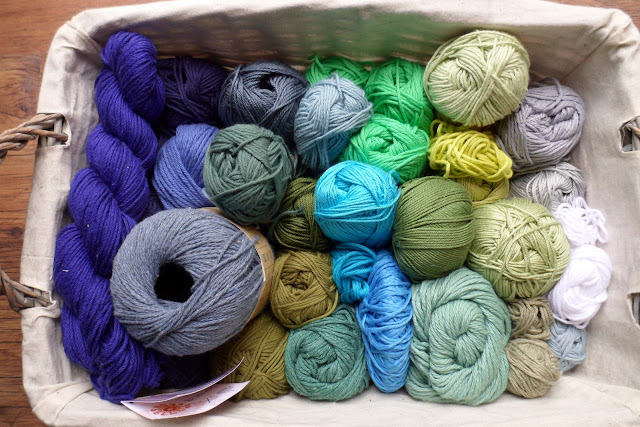 ...is making me want to start a blanket.  A really big ripple-y one.
Posted by Claire Davenport at 17:50