For those of you who missed the excitement on Twitter, I had a visitor earlier this week.  Late on Monday night, I found a small kitten in my garden.  He clearly wasn't feral, he was a very friendly chap and had been trying to get in through the cat flap.  After much worry and a trip to the vet to find out if he was microchipped (no, but he's probably still a bit young), he was eventually reunited with his owners.  His owners live in the flat a few floors above.  I suspect he took the short cut down: over the balcony.  Anyway, while he was here, I had many lovely snuggles, a game of ping pong and took lots of scrummy pics of him in all his delicious kitten-ness.  Enjoy. 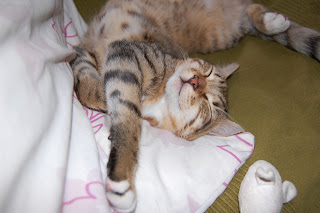 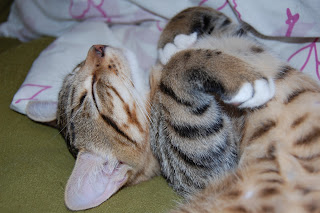 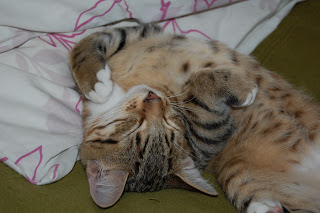 And if that's not enough, you can view more pics of him in this public album on FB.

Edit: it was a little bit like this here on Tuesday:
Posted by Claire Davenport at 16:03

Email ThisBlogThis!Share to TwitterShare to FacebookShare to Pinterest
Labels: cats