Hello readers!  I know it's been a while, but I've been a tad busy.  And then I got a tad tired and needed a wee break, so I'm just back from a weekend in deepest Wales with The Beloved.  It started as a compromise, I wanted to go to the National Wool Museum, The Beloved wanted to go to the Museum of Speed.  We found a B&B handily situated between the two places and headed off.  We also decided to go visit a few castles as Wales is littered with them.  Here's a few pics... 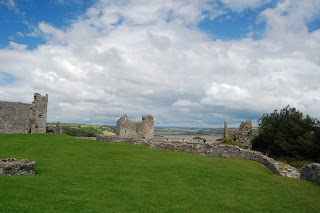 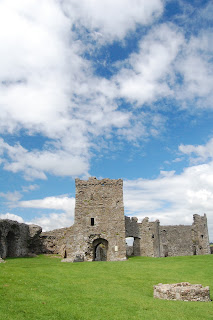 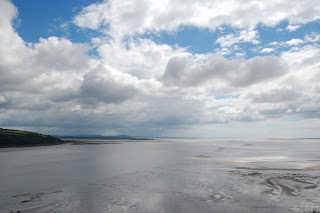 These were taken at Llansteffan, a lovely spot with a castle at the top of a hill and views out to sea.  A perfect day out if you're watching the pennies too, as entry to the castle ruins is free and the beach is literally within spitting distance.  There's a sweet little village at the foot of the hill with a pub and a post office (which also acts as the 'gift shop' for the castle) and a few shops by the beach for a cup of tea, a bucket and spade, ice cream and fish and chips.  What more could you want?
Anyway, on the subject of beaches, we also went to Pendine Sands, home of the Museum of Speed (not nearly as good as the National Wool Museum, even The Beloved (who likes all things motorsport-y) agreed).  We were blessed with perfect weather for a walk on the beach.  Only a short walk though.  There's an MOD firing range nearby and the most of the beach seemed to be closed.  Presumably to have gone beyond the signs would have meant dodging bullets...? 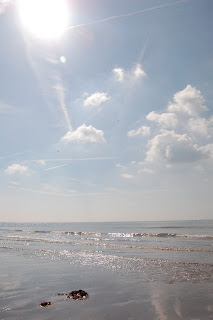 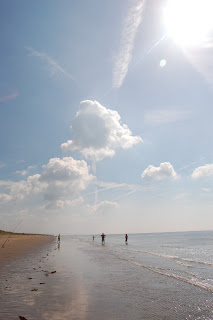 We went to other places too, but I didn't have the camera out.  I know I should have taken pics in the Wool Museum, but, well, I got sort of side-tracked.  It was utterly engrossing - if you get the chance, go!
Posted by Claire Davenport at 10:44