Remember a while ago I told you about a super-secret project that was taking up ALL of my time? Well, having finished, framed and presented it to its new owner, I can finally share it with you.

Before I do, I should preface this by saying that it wasn't supposed to be such an undertaking.  What I wanted was this.  I saw it ages ago and thought it was ace. I also clocked that the seller sells patterns for her works (or most of them), so I made a small assumption and filed it away in the back of my mind for later. Only when I came to shop for a housewarming present for The Beloved did I find that, alas, the pattern isn't available to buy.

At this point, a normal person would go buy a toaster and give that instead.  Not I.  Suffice to say, my error dawned on me at about 1am when I was struggling to tell the difference between 6 shades of beige. Five - yes, FIVE - weeks later (on the very day we collected the keys and moved in) I dropped it off at the framer's.  This is what I collected this week... 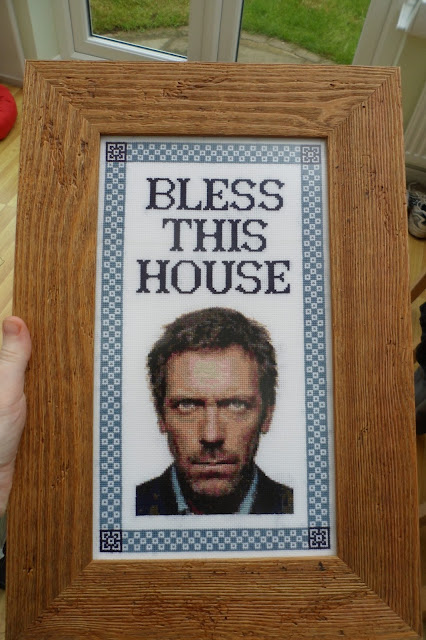 It has a very different feel to the original one. Not so sampler-y, I don't think. And a little stern.  Oh well.  Want a closer look? 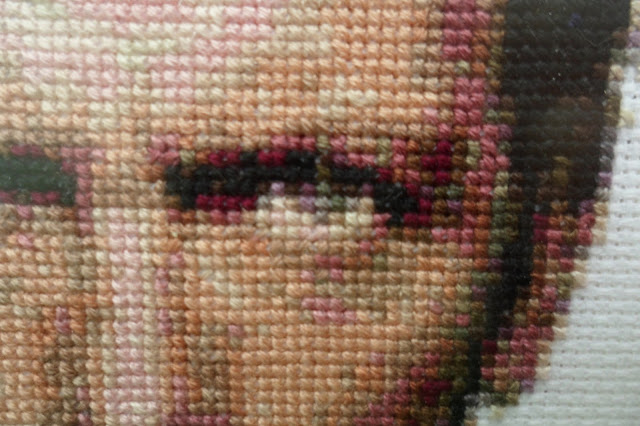 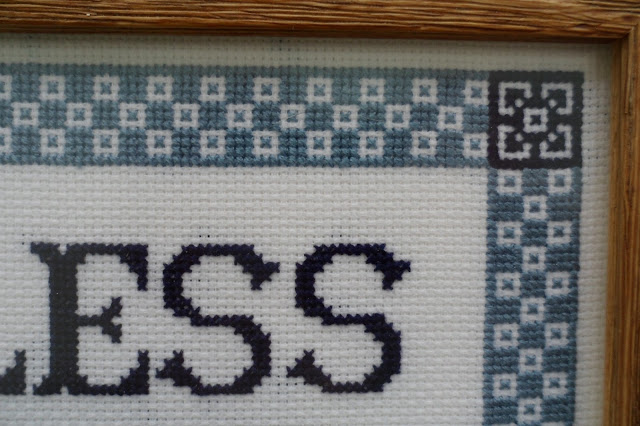 Actually, don't look too closely - not all of those stitches are in the same direction. Oops!

I'm pleased to report that The Beloved seems to like it. To be honest, I think he was more relieved than anything else.  When I told him it wasn't quite finished (he presented me with a coffee maker as a house warming gift when we moved in), he was picturing a pair of crocheted y-fronts which I found on Pinterest ages ago and have been threatening him with at every available present-giving occasion since.

So, thank you to Steotch for the idea and manifold apologies for copying it.  I hope you can forgive.
Posted by Claire Davenport at 10:00