I'm delighted to see that Christine is keeping this going through 2013. I kind of fell off the wagon at the end of last year and there was no December SL post. Mainly because there wasn't much to report. We filled the fridge, locked the door and spent Christmas eating and watching iPlayer.  Anyway, January... (as usual, I've skipped the headings that I have nothing for)

January is always a curious month food-wise. I always find I'm watching the pennies but have cupboards overflowing with indulgences like chocolates and Christmas cakes. I have not lived exclusively on these however. Honest. There have been some nice homemade soups, quite a lot of baking and for my lunch today, there are some homemade sausage rolls in my lunchbox.

It's been tricky to grow anything this month. Well, anything to eat. The cottage positively reeks of hyacinth though! 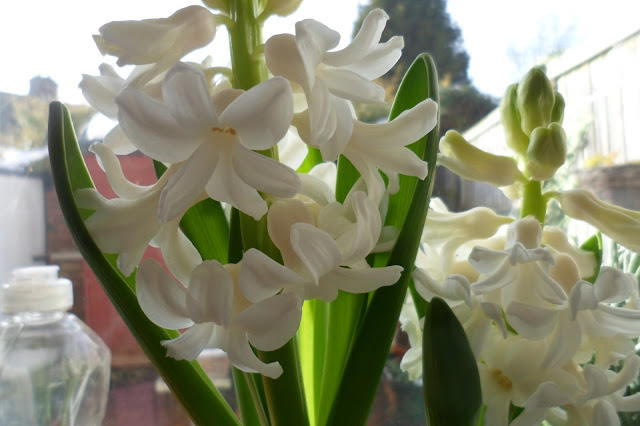 The Beloved and I are in the midst of house-hunting. He has made a real effort to clear through lots and lots of stuff. Having moved house last year, I'm still feeling pretty trim in this department. I don't have much space for books in the cottage though, so I have bought an eReader. We'll see how I get on with that. I don't actually reread books very often at all, so I do sometimes feel a little bit guilty about all that paper (for which trees have died) just sitting there on the shelf.  Or in a number of boxes in The Beloved's spare room, as they are now...

I am also trying to reduce the yarn stash. I'll be honest, it's been a bit half-hearted so far...

It's been a pretty creative month, January. I have surprised myself. I finished the ripple blanket, started two knitting projects and have been hopping from one crochet project to another (more about those soon). 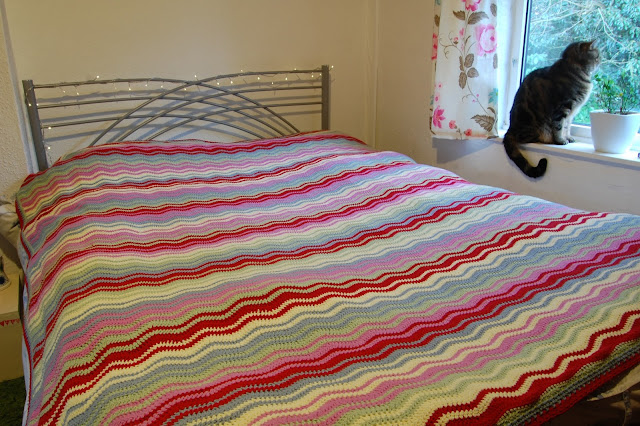 In the course of starting two knitting projects, I treated myself to Learn to Knit, Love to Knit after seeing a review of it on another blog ages ago which really stuck in my mind for some reason. Although I haven't actually made anything from the book yet, it has been an enlightening and instructive read so far.  I am resisting the urge to jump in at the back and make a fairisle tanktop. I suspect it might end like the time I tried to teach myself to knit by making socks... 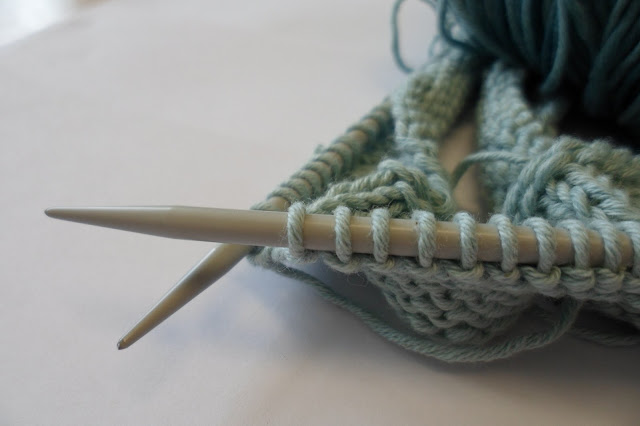 It's been an enjoyable month. I like January. Some people hate it, but I like it's shiny new-ness and the sense of a new year stretching out ahead of you full of promise. And it usually snows in January. I love snow. I need a good dose of it at the start of the year just for that moment when you wake up and see a pristine, crisp white world outside. It reinforces the sense of a new beginning somehow. 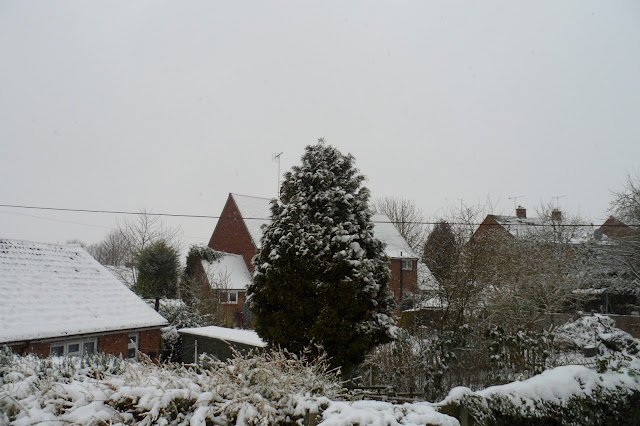 At the start of the year, I decided against one big resolution for the year. Instead, I'm going to make little changes each month and set my self little challenges, all with the goal of generally moving life along on the more positive side of things.  I think I'll record them on the end of these SL posts.  January's resolutions were to knit more and eat fewer biscuits. Well, knit I did. I haven't bought any biscuits either. There may have been a batch or two of homemade ones, but they don't count, do they...?

February's resolution is to lose half a stone. Seven measly pounds. I can do this. I can.
Posted by Claire Davenport at 08:41