In my last post, I said I'd show you how I squared off the ripple. Unfortunately, since writing that, this happened: 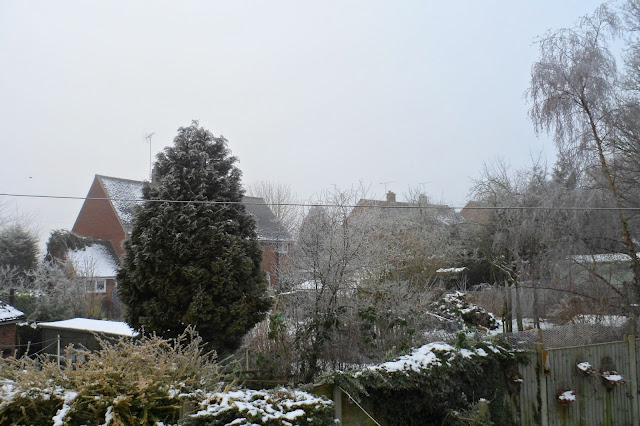 Yup. Snow, frost, ice and freezing fog. Not in great quantities, but enough to warrant a little extra care on the roads, so the ripple has been packed in the car along with spare warm clothes, emergency chocolate, cat litter (in case the car gets stuck, you spread it in front of the tires to get some grip. Not in case I have a cat with me who needs the loo...), etc. It's just too cold to go out there and retrieve it to photograph. I will show you how I did it though, promise.

In the meantime, of my January resolutions was to knit more. I've been plodding along quietly with a few rows a night and I've been taking it to work to make sure I take a proper lunch break, rather than scoffing a sandwich in front of my PC and working through (easy done, January is busy at the day job). 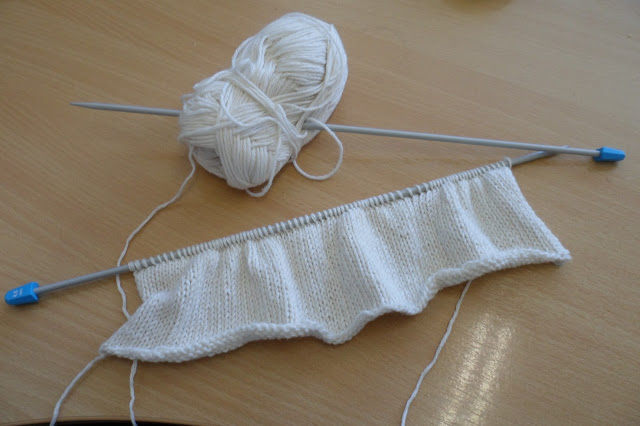 I haven't got far. I knit slow. Real slow. Painfully slow. But for now at least it's delightfully free of holes. 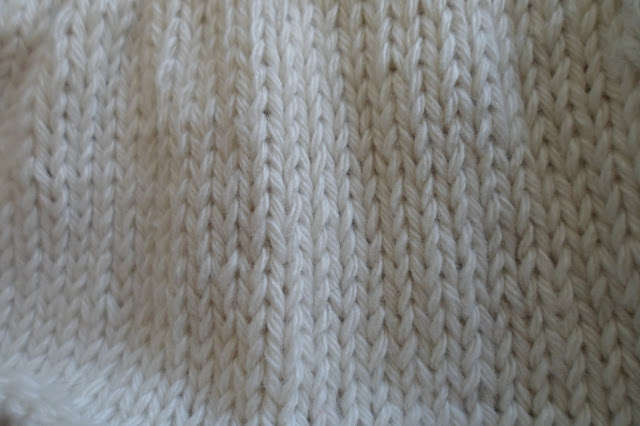 There's no special patterning planned, for now I just want to be a bit quicker at the basic knit/purl rows.  I don't really know what it will be. It's just knitting. It is roughly the width of a cushion cover though...
Posted by Claire Davenport at 10:00