A while ago, a friend and I went off on a totally spur-of-the-moment jolly to Bletchley Park.  If you've never heard of it, it's tagline is 'home of the code-breakers'.  During the Second World War, it's where hundreds of people worked on breaking German encryptions so that secret messages could be read, notably U-boat communications, allowing merchant shipping lines to be maintained. 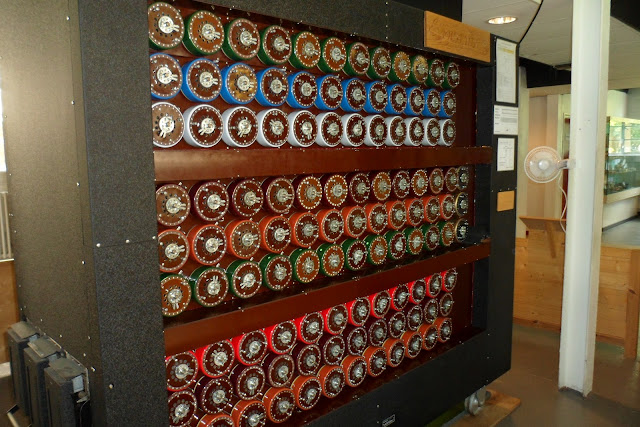 Today, Bletchley Park is a museum, but not the everything-behind-a-glass-case kind.  There's a huge amount of material there, far more than you could ever see in one day.  Helpfully, £12 buys you a ticket which is valid for a whole year.  As well as the huts that the code-breakers worked in, there's the national museum of computing, a replica of the Turing Bombe, the Colossus rebuild project, a toy museum, an authentic 1940's Post Office, a lot of restored 1940's vehicles and very big gift shop, to name a few. 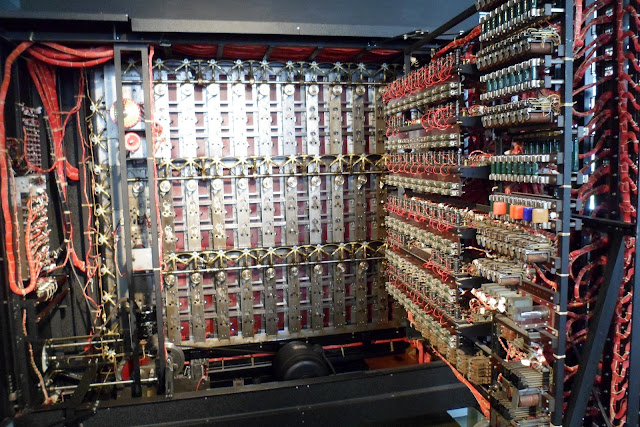 It may sound like a bit of an anorak's day out but it's actually thoroughly fascinating.  The house itself is set in some lovely grounds with a lake and one of the huts has been transformed into a cafe, which is handy! 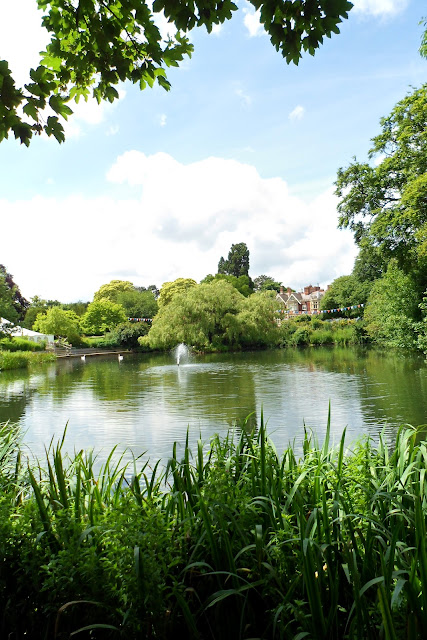 The museum-y bits are a delight and like I said, you can get up close and personal with lots of the items on display.  One or two of them have tags on asking you not to handle them, but not many and they're not behind glass or roped off.  You can even pick up some of the books and flick through them. 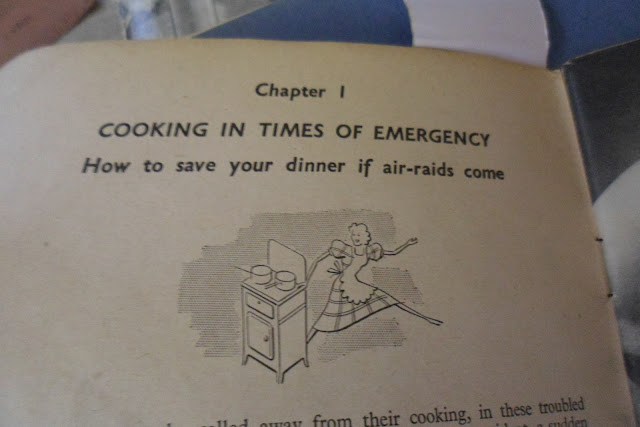 Turing's work, and that of his peers laid the foundations for modern-day computing.  It's amazing to think that whatever device you're using to read this owes it's very being to the work that was done at Bletchley.  I am not an engineer (just ask The Beloved...) but I have a soft spot for machinery where you can see all the moving parts and inner-gubbins that make it go.  There's a lot of gubbins to look at at Bletchley.  It's also a little-known fact that once upon a time I held an amateur (ham) radio license.  The Radio Society of Great Britain have an outpost in Bletchley and they run courses to learn morse code (on my list of things to do).  I'm very tempted...

Posted by Claire Davenport at 09:30

Email ThisBlogThis!Share to TwitterShare to FacebookShare to Pinterest
Labels: Out and about