I had intended to start this for May, but then The Move happened, so I kind of fell off the wagon before I had properly gotten on it.  Anyway, new home: new determination.  Also, a touch of realism.  I am only capable of so much and the point of this really is to gradually weed out bad habits and try live a greener, happier life.  Consequently, I don't have something for every heading but it's a start and starts are usually the most important bits.  Here's my slow living June:

Those who know me know that I am rarely away from the oven.  There has been cake.  And pudding.  And biscuits. And they were good.  As proof of this, I offer the total lack of photographic evidence - everything was eaten before I thought to get the camera going. I did however have a crack at jam-making.  I didn't make much, but it used up some apricots which were never really going to ripen and a couple of apples which had been hanging around.  It's delicious, even it does have a hint of caramel to it as I forgot to keep stirring. 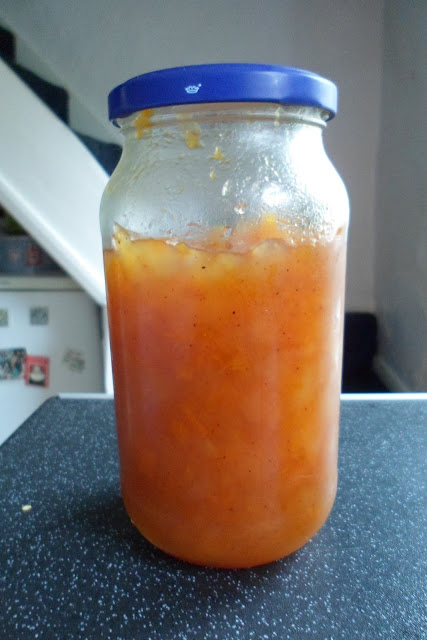 I have a drippy overflow pipe.  According to my neighbours, it has been like that for ever.  Rather than have a sopping wet yard, the watering can lives below the drip and this is what I use to water the garden on the days when  it's not drizzling.  I easily get a watering can full a day.  I really must follow this up with the landlord though in the long term.  For now, it's no much but given the amount of cardboard in my recycling bin (I swear, moving house is a cardboard-generating occupation like no other), reducing this bit of water waste makes me feel a bit better. 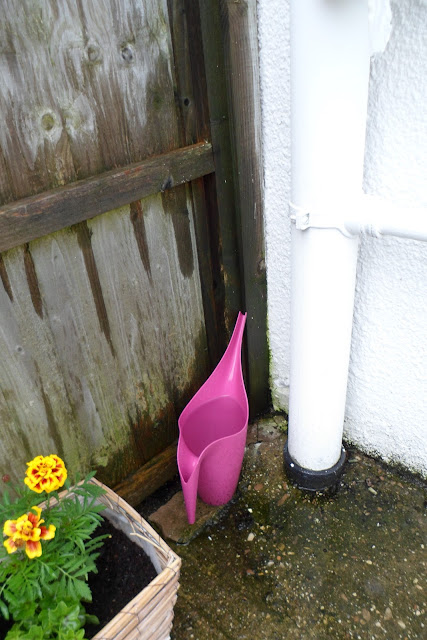 I have also invested in a wormery.  They are still settling in, but I am hoping to convert my kitchen scraps and paper from the office shredder into compost and liquid plant food.


I finally finished all my dregs from a variety of bottles of conditioner and made the rosemary hair rinse which has been on my list of things to do for a while now.  I recommend it.  It works a treat.

I have been sowing as many seeds as I realistically can in the garden.  It's a container garden, so space is a bit of an issue.  Also, I'm just really far behind with things. 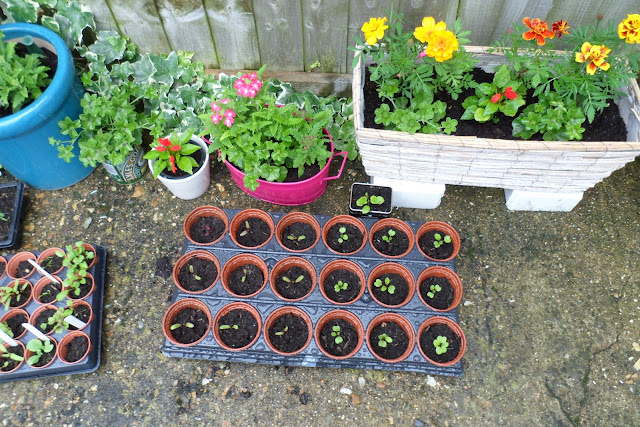 It's the end of the sowing season here in the UK really and the start of the eating season!  Still, I've got a good amount of rocket, beetroot, radishes, peas, carrots and spring onions sown.  I am expecting a glut in September.  I also gave in and bought a tomato plant.  The garden just doesn't look right without one. 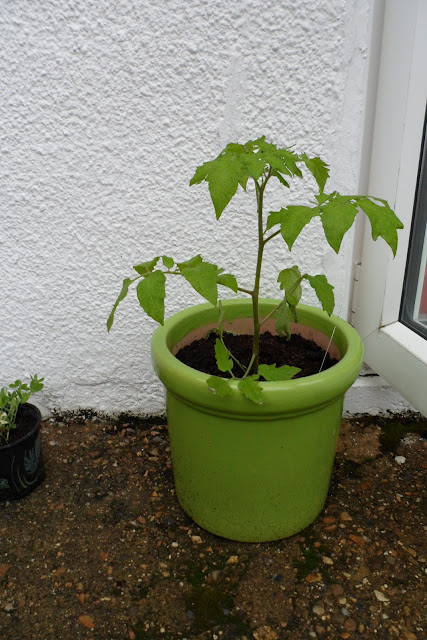 One thing I always have in the garden is a strawberry plant or two.  I don't really like strawberries, but I do find growing them to be incredibly satisfying. 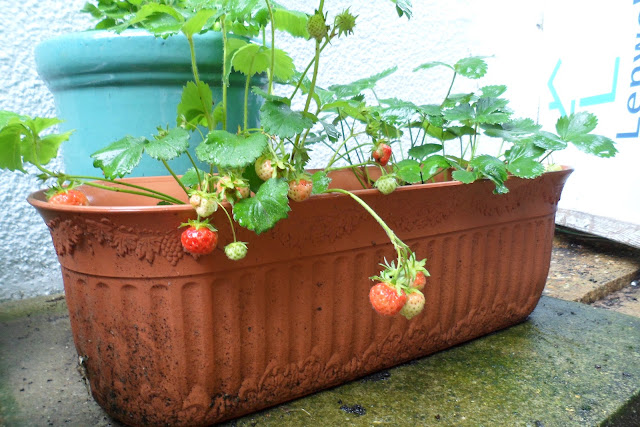 
The crochet hook has been hard at work of late.  There's the cushion, on which I am currently sitting (very comfortably, I might add) and a number of projects I can't really show you as they're presents for one who might be reading.  All will be revealed in good time though.  Promise. 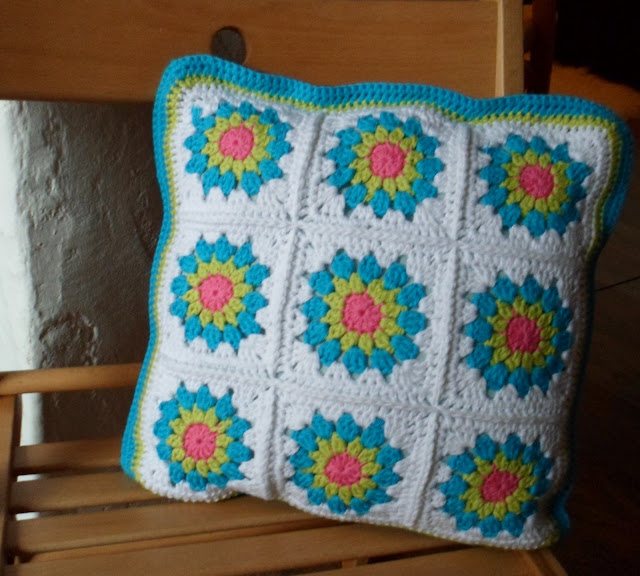 It was the Tilsworth village fete on the last day of June and it was lovely to pop along and join in.  Quoits were thrown, bric-a-brac was purchased, tombolas and raffles were entered, burgers and sausages on the barbecue from the local butcher were duly consumed, cake was scoffed and classic cars were admired.

June has been busy, but productive and satisfying.  Nothing more so than The Move itself.  I can't believe I've been here for a whole month already.  It's been good to have a little place to myself, to put my own stamp on it and live peacefully and happily just as I want.  Six years was a long time to live in shared flats in London.  I don't miss it one bit.

[Pssst!  You can find out more about the whole slow living thing on this fabbo blog :)]
Posted by Claire Davenport at 09:25